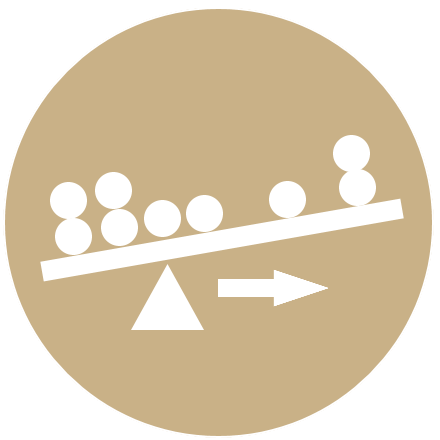 Estimating the mean and standard deviation of a discrete random variable is something we expect NZ students to be able to do by the time they finish Year 13 (Grade 12). The idea is that students estimate these properties of a distribution using visual features of a display (e.g. a dot plot) and, ideally, these measures are visually and conceptually attached to a real data distribution with a context and not treated entirely as mathematical concepts.

At the start of this year I went looking for an interactive dot plot to use when reviewing mean and standard deviation with my intro-level statistics students. Initially, I wanted something where I could drag dots around on a dot plot and show what happens to the mean, standard deviation etc. as I do this. Then I wanted something where you could drag dots on and off the dot plot, rather than having an initial starting dot plot, so students could build dot plots based on various situations. I came across a few examples of interactive-ish dot plots out there in Google-land but none quite did what I wanted (or kept the focus on what I wanted), so I decided to write my own. [Note: CODAP would have been my choice if I had just wanted to drag dots around. Extra note: CODAP is pretty awesome for many many reasons].

In my head as I developed the app was an activity I’ve used in the past to introduce standard deviation as a measure – Exploring statistical measures by estimating the ages of famous people – as well as a workshop by the awesome Christine Franklin. For NZ-based teachers (or teachers who want to come to beautiful New Zealand for our national mathematics teachers conference), Chris is one of the keynote speakers at the NZAMT 2017 conference and is running a workshop at this conference called Conceptualizing Variation from the Mean: Evolving from ‘Number of Steps’ to the ‘SAD’ to the ‘MAD’ to the ‘Standard Deviation’  which you should get along to if you can. Also in my head was the idea of the mean of a distribution being like the “balancing point”, and other activities I have used in the past based on this analogy and also see-saws! My teaching colleague Liza Bolton was also super helpful at listening to my ideas, suggesting awesome ones of her own, and testing the app throughout its various versions.

You can access dots at this address: learning.statistics-is-awesome.org/dots/ but you might want to keep reading to find out a little more about how it works 🙂 Below is a screenshot of the app, with some brief descriptions of how things are supposed to work. Current limitations for dots are that no more than 35 dots will be displayed, the axis is fixed between 0 and 34, and that dots can only be placed on whole numbers. I had played around with making these aspects of the app more flexible, but then decided not to pursue this as I’m not trying to re-create graphing/statistical software with this interactive.

Since I’ve got the It’s raining cats and dogs (hopefully) project running, I thought I’d use some of the data collected so far to show a few examples of how to use dots. [Note: The data collection phase of the cats and dogs data cards project is still running, so you can get your students involved]. Here are 15 randomly selected cats from the data cards created so far, with the age of each cat removed.

Dragging dots onto the dot plot

A dot plot can be created by dragging dots on to the plot (don’t forget to add a label for the axis like I did!)

Sending data to the dot plot

You can also add the data and the label to the URL so that the plot is ready to go. Use the structure shown below to do this, and then click on the link to see the ages of these cats on the interactive dot plot.

Turns out China is the oldest cat in this sample.

You can click below the dots on the axis to indicate your estimate for the mean. You could do a couple of things after this. You could click the Mean button to show the mean, and check how this compares to your estimated mean. Or you could click the Balance test button to turn in on (green), and see how well the dots balance on the point you have estimated as the mean (or both like I did).

This is the option I have used the most when working with students individually. Yes, there is no context when using this option, but in my conversations with students when talking about the mean and standard deviation I’m not sure the lack of context makes it non-conceptual-building activity. The short video below shows using the median as a starting point for the estimate of the mean, and the adjusting from here depending on other features of the distribution (e.g. shape). The video ends by dragging a dot around to see what happens to the different measures, since that was the starting point for developing dots 🙂

Other ideas for using dots?

Share them below the related Facebook post, on Twitter, or wherever – I’d be super keen to hear whether you find this interactive dot plot useful for teaching students how to estimate mean and standard deviation 🙂

PS no cats were harmed in the making of this GIF