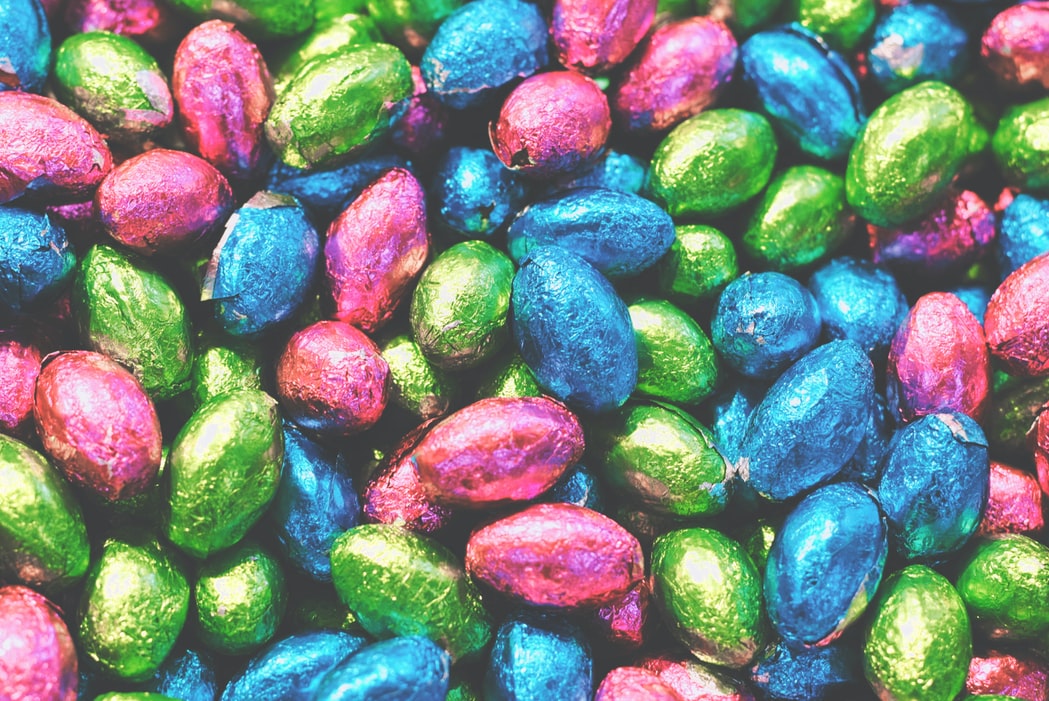 In spite of what the title of this post might suggest, I actually am not a huge fan of using chocolate or food in general in lectures. So this activity is one of the only times where chocolate makes an appearance!

The activity starts by asking everyone to stand up. I show the spinner on the projector in the lecture theatre and ask students to pick a colour.

The colours – blue and silver – are based on the two colours of the chocolates that I bring to the lecture.

The game then plays out as follows:

I’ve seen this game used at teacher professional development sessions many times, usually with a coin rather than a spinner. My “spin” is to add chocolate that matches the two colours of the spinner and also to use this special spinner!

Give it a spin a few times, what do you notice?

I’ve found that students start to get skeptical about the spinner after about four or five spins, but the random angle/position of the spinner after each spin helps keep the “trick” going for longer than when I’ve used something more static (for example, a pack of cards where all the cards are red).

By the time we’ve got down to the “lucky” few who do end up with chocolate, the students sitting down are justifiably upset about the game and their lack of chocolate. So, I ask them to write me an argument convincing me why they deserve the chocolate!

Part of the fun with rejecting their arguments is reminding them that I never stated at any point that the spinner was fair i.e. the probability of a blue spin being 50% was something they assumed.

Want to give this activity a go? You can access the dodgy spinner here or improve the janky JavaScript code here.

I haven’t tried this activity online so I’d be interested to know whether it’s as effective in this context, particularly without the lure of chocolate and the atmosphere that builds in a room each time the spinner comes up blue! Used within a large lecture environment, it’s fun way to challenge (and teach) about assumptions, which is pretty important for hypothesis testing.

Anna is a Professional Teaching Fellow and PhD candidate in the Department of Statistics, University of Auckland.